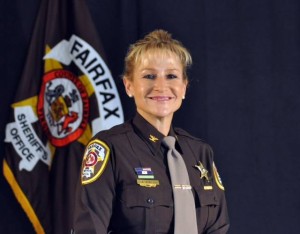 Stacey Kincaid made history when she won Fairfax County’s race for sheriff in November: All of her predecessors in the 271-year history of the office — 76 total — were men.

Kincaid said she hopes shattering that glass ceiling is just the start of changes she wants to bring to an office in which only one in five deputies is a woman and just 32 percent are nonwhite.

Kincaid said she wants to create opportunities for women and minorities in the department, which oversees the county jail, manages courthouse security and serves civil papers. She said it’s essential for the job.

“Fairfax County is so diverse,” Kincaid said. “It’s bigger than skin color. It’s the diversity of beliefs and everything else. Any law enforcement agency needs to try to understand that diversity to be effective.”

Kincaid, 48, easily won a special election Nov. 5 to replace retiring Sheriff Stan Barry. She is a 26-year veteran who began her career in the sheriff’s office as a college intern and worked her way up to captain. In the process, she has held positions in each of its departments.

Sharon Bulova, chairman of the Fairfax County Board of Supervisors, said that Kincaid’s background made her the right pick for the job.

“Not only is Sheriff Kincaid’s appointment a historical one . . . but she also possesses unparalleled experience and a strong commitment to public service,” she said in a statement.

Increasing diversity is just one prong of Kincaid’s plans for the sheriff’s office.

The new sheriff said she would seek to begin a program that would recruit volunteer mental health professionals to serve as case managers for convicts once they leave the jail. Kincaid said 60 percent of inmates suffer from mental health issues or have substance abuse problems and that better monitoring could reduce recidivism.

“The jail has become the default place for providing medical attention, but jail is not the answer,” Kincaid said.

The jail, which is next to the Fairfax County courthouse, houses about 1,300 inmates.

Kincaid said she is also in the process of reviewing how to stretch funds in the sheriff’s office. She said the budget has been trimmed by roughly 5 percent each of the past five years and is likely to shrink again.

One possibility to trim costs is turning human resource tasks to civilians.

Kincaid said she would like to expand Project Lifesaver, a program that helps track people with autism, Alzheimer’s disease, Down syndrome and other conditions. The patients are outfitted with a wrist or ankle bracelet that tracks movements. If a patient goes missing, the sheriff’s office deploys a search team.

The sheriff said she is also interested in doing more community outreach so people understand the role of the office. The office calculated it saved taxpayers nearly $1.5 million by assembling teams of low-risk inmates to landscape, remove graffiti and pick up litter across the county.

Despite the historic nature of her November victory, Kincaid said she is not worried about the reception she will receive among rank-and-file deputies.

“In my experience, there have been very few times when someone says, ‘You’re just a woman,’ ” Kincaid said.