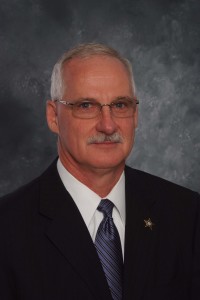 In 1973, Sheriff Newman graduated from Ferrum College with an Associate Degree in Education. In 1975, he graduated with honors from East Tennessee State University with a degree in Criminal Justice. Newman has completed fifteen hours of credit toward a master’s degree in Police Administration from Radford University.

Sheriff Newman began his law enforcement career in 1975 as a patrol officer with the Chilhowie Virginia Police Department. In July of 1976, Newman was employed as a trooper with the Virginia State Police, rising to the rank of senior trooper before leaving the agency in 1990.

In 1996, Sheriff Newman accepted employment with the Washington County Virginia Sheriff’s Office as a patrol captain. In 1999, Newman was elected Sheriff of Washington County, Virginia. He is currently in his fourth term of office.