Wise County, VA – Wise County Sheriff’s Office today joined nearly 10,000 other law enforcement agencies nationwide in support of an intensive crackdown on impaired driving which begins August 15th and will continue through September 2nd, known as “DRIVE SOBER OR GET PULLED OVER.”

Participating officers issued a total of 66 summons (38 in Virginia and 28 in Kentucky) Kentucky officers arrested 2 DUI drivers in which one of the drivers also had outstanding arrest warrants.

“Since twice as many alcohol-impaired accidents occur over the weekend and four times as many occur at night, we will be especially vigilant during these high-risk times when impaired drivers are most likely to be on our roads,” said Sheriff Ronnie Oakes. Checkpoints and saturation patrols are planned throughout the holiday weekend.

Officers will also focus on occupant protection to make sure citizens are buckled up. Sheriff Oakes added, “We want everyone to have a Safe and Happy Labor Day.” 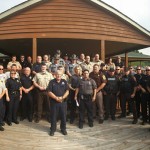 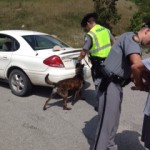 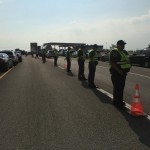 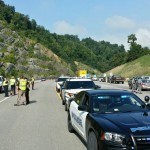 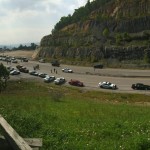