Delegate Barry Knight has been named the Virginia Sheriffs’ Association’s ‘Legislator of the Year’ for 2016. The Virginia Beach Republican has served in the General Assembly since 2009, representing the 81st District.

Delegate Knight was honored before a crowd of over 800 people at his 8th Annual Fall Fest on Sunday at the Military Aviation Museum in the city’s Pungo area. Virginia Beach Sheriff Ken Stolle, a former 18-year member of the Senate of Virginia, presented the award alongside Captain Rocky Holcomb, who leads the office’s Criminal Intelligence Unit.

“Delegate Knight understands the legislative process and is highly respected by his colleagues,” said Sheriff Morgan. “He is also accessible to his constituents and very supportive of public safety officers in this time of unrest in our country.”

John W. Jones, Executive Director of the Virginia Sheriffs’ Association, has worked with Delegate Knight over the years in the legislature on critical public safety matters.

“Through his words and his actions, Delegate Knight has been a leader in the General Assembly’s efforts to ensure that public safety is provided to all Virginians,” said Jones. “On behalf of all Virginia sheriffs and deputies, I want to thank Delegate Knight for his service, commitment, and support.”

Knight is the only member of the General Assembly recognized as ‘Legislator of the Year’ by the Virginia Sheriffs’ Association in 2016. 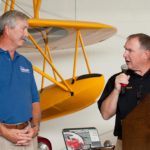 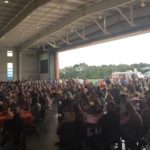 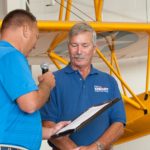