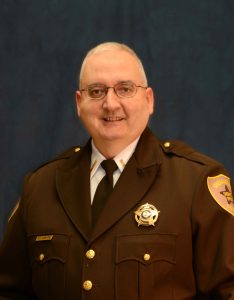 Timothy C. Carter, sheriff of Shenandoah County, has been chosen to serve as District Governor of Rotary District 7570 for the 2019-2020 term. District 7570 covers western Virginia and northeast Tennessee. Some 3,340 Rotarians are members of 82 clubs in the District.

Sheriff Carter served as President of the Rotary Club of Woodstock from 2005-2006. Ten years later, he was called upon to lead again as president from 2015-2016. He served as an Assistant Governor for Area 2 of District 7570 from 2011-2014 and is currently a member of the District’s Training Committee.

Chris Runion, Rotary District 7570 Governor for 2016-2017, warmly welcomes and congratulates Sheriff Carter for offering his service to the Rotary organization. “I have had the pleasure, opportunity and privilege to serve with Tim for the past decade and look forward to his compassionate and insightful leadership as our District continues to do good in the world.”

Sheriff Carter is currently serving his fourth term as sheriff of Shenandoah County. He was first elected in 2003 after serving eight years as chief deputy. Sheriff Carter is married to Karen Rhodes Carter. The couple lives north of Woodstock with their daughter, Mona.