The Franklin County Sheriff’s Office launched a multi-stage effort to make Christmas for 12 local families. Deputies and staff began in October and November pre-selling and then distributing Fraser fir trees. The sheriff’s office partnered with a local Wal-Mart in December to purchase food, clothing and gifts as well as supplies to wrap and label the items.

The “big” day came on December 21, when 12 marked units descended on Wal-Mart in Rocky Mount. Each vehicle was loaded with packages and food, ready to deliver. Units left Wal-Mart and visited 12 homes in the community. Sheriff Bill Overton and deputies recalled how appreciative each family was of the holiday gesture.

The sheriff’s office raised over $5,000 in total. After purchasing all the gifts (thanks to Wal-Mart), more than $1,500 was donated back in cash to the Franklin County Public Schools Education Foundation, which uses funds throughout the year to help with student needs, including: food, eyewear and care, medicines and clothing. 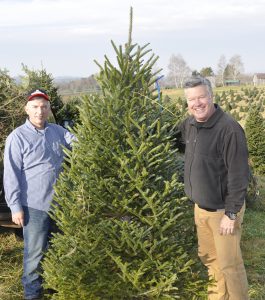 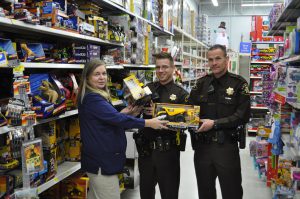