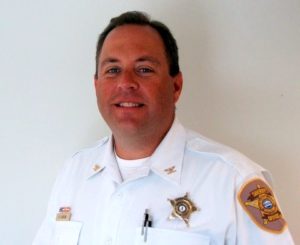 Chief Deputy Paul Larson will retire from the Arlington County Sheriff’s Office on June 2, 2017. He joined the Sheriff’s Office in September 2008. During his tenure with the sheriff’s office, Chief Deputy Larson was responsible for the day-to-day operations and supervised the Administration, Corrections and Judicial Services Divisions.

Chief Deputy Larson worked previously for the Arlington County Police Department from 1988 to 2008. While with the department, he held several positions to include commanding the Criminal Investigations Section, the Third Patrol District, the Special Operations Section as well as the Internal Affairs Section.

“Chief Deputy Larson has had a tremendous impact on the office during his tenure and I appreciate his commitment and dedication,” said Sheriff Beth Arthur. “He has been an impactful member of Arlington County public safety and the county during his 28+ years of service.”

Sheriff Arthur is pleased to announce that retired Major Dave Kidwell has accepted her offer to be the next chief deputy of the sheriff’s office. Major Kidwell worked his way through the ranks over his 25-year career and retired in September of 2015 as the director of Corrections. His experience, character and loyalty to the sheriff’s office will make this transition as seamless as possible. He has the values, dedication and passion to continue the strong traditions of the office and understands the challenges that the law enforcement profession faces in the future.