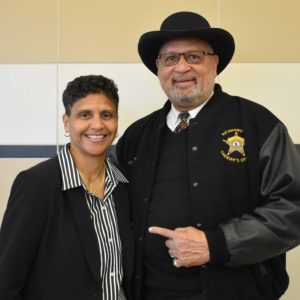 “The election is over and the voters elected Richmond’s next sheriff. Sheriff-Elect Irving has been chosen to lead the Richmond City Sheriff’s Office for the next four years,” said Sheriff Woody. “I know better than anyone how important a smooth transition is for the integrity of the office and the morale of both the sworn and civilian staff. Sheriff-Elect Irving will have my full support as she goes through the process of building an administration which will serve the citizens of Richmond.”