DRUG TAKE BACK DAY IS SET

Saturday, October 27th will be the next . Rocky Mount PD will be at the local Walmart and the Franklin County Sheriff’s Office will be stationed at the FCSO Westlake Sub-Station. Hours will be from 10AM – 2PM. A great opportunity for residents to bring unused and/or unwanted prescription drugs so they can be safely disposed. NO SHARPS can be accepted. Sponsored by the U.S. Drug Enforcement Agency and the FRESH Coalition.  More information may be found on FCSO Facebook page. 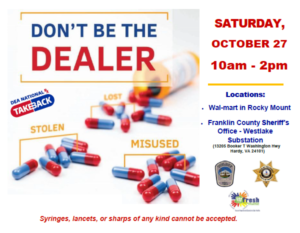 On October 11-18, 2019, Carilion Franklin Memorial Hospital held its Annual Safety Preparathon. This event was organized to educate staff on personal and professional safety and awareness. Pictured is Lt. Ken Holland as he instructs the class on active shooter awareness on day 1. The class was well attended and the Office of the Sheriff was honored to take part. 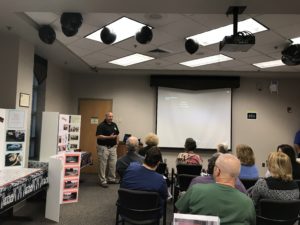 On October 17, 2018, Christian Heritage Academy held “Community Helpers Day.” Local First Responders, including the Franklin County Sheriff’s Office, were able to set up displays and give demonstrations. FCSO brought its CSI Unit, a marked patrol unit, and our 911 Center set up a display station. The picture shows CHA praying over the 1st Responders before lunch. Our good friends from Franklin County Public Safety and the Rocky Mount Fire Department were also on hand and produced great demonstrations for the students. Thanks to CHA, Headmaster Tony Quist, and all the staff for creating a most memorable event. 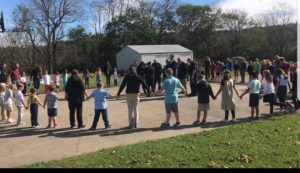 Franklin County Sheriff’s Office Dispatcher Raine Bowles retired after 15 years of service. A special plaque presentation held recently as Sheriff Bill Overton honored Raine for her exemplary service. Pictures show Raine receiving her commemorative plaque from Sheriff Bill Overton. Sheriff Overton said, “This is a proud moment for the Office of the Sheriff as we honor a very dedicated employee. Dispatcher Bowles was the ultimate professional in that 911 Center. Cool under pressure is the best way I can describe her during her 15 years with us. Praying for a wonderful retirement and many, many happy years ahead. Thanks you, Raine, for your time with us.” 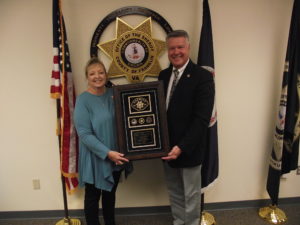 On October 15, 2018, Deputy Edwin Alejandro visited with Ferrum Elementary School as they celebrated the end of the nine weeks period and SFA Awards. Picture shows Deputy Alejandro taking a photo of the students AND getting in on the selfie, too. The next day, Edwin was at Ferrum and met a student named Ethan. Ethan gave Deputy Alejandro a Thank You card for helping keep his school safe. Thanks to Ferrum Elementary for their hospitality. GO PANTHERS! 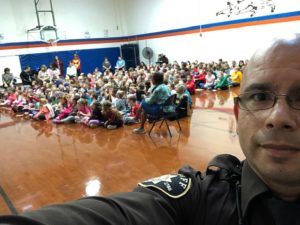 FCSO Deputy Sheriff Edwin Alejandro taking a photo of the students AND getting in on the selfie.

On October 18, 2018, the Franklin County Sheriff’s Office conducted a drug interdiction in various areas of our county. See the attached PDF for the details.  More information may be found on the FCSO website.

On  Tuesday, October 16, 2018,  Sheriff Bill Overton delivered The American Heart Association Representative, Amanda Haynes a check for $250 to help assist their cause.  Overton said, “The money came from within the Sheriff’s Office from our yearly “Beard’s For Charity” fund. We are very thankful to donate within our county and offer help to this fine organizations.” Picture shows Overton  handing the check to Haynes. 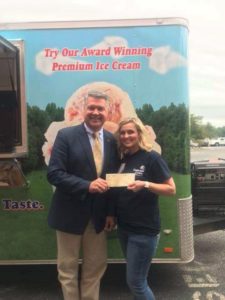 Sheriff Overton presents American Heart Association representative with a check for their cause.