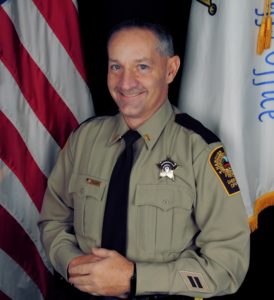 It is with great sadness that the Hanover County Sheriff’s Office publicly announces the passing of Lieutenant Michael T. Tilley, 49, after his courageous five-year battle with cancer. Lieutenant Tilley was hired by the Hanover County Sheriff’s Office in October 2004. After completing the basic academy, he was assigned as a patrol deputy on evening shift until he was transferred to the newly created Safe Streets Unit in 2008. In January 2015, he was promoted to the rank of Sergeant and served on evening shift in the Uniform Patrol division. In April 2015, then Sergeant Tilley was transferred back to the Safe Streets Unit as the supervisor. He remained in charge of the Safe Streets Unit until his recent promotion to Lieutenant in December 2018. Since his promotion, he has served as the Lieutenant in charge of second platoon on day shift in the Uniform Patrol division.

Lieutenant Tilley was also the Officer in Charge of the Traffic Safety Unit and Commercial Motor Carrier Unit. Over the course of Lieutenant Tilley’s distinguished career, he received the Silver Star, three Unit Citations, Dedication to Duty (2011) and Excellent Service (2016) awards.

Furthermore, Lt. Tilley was well regarded in the Traffic Safety community. Over the course of his leadership of the Safe Streets Unit, in 2015 and 2016, the Sheriff’s Office received first place in the Commonwealth in “Highest Seat Belt Use” and the “Most Improved Seat Belt Use” award. In 2018, the Sheriff’s Office received second place in the Law Enforcement Challenge. These awards were a direct result of Lt. Tilley’s leadership in traffic safety.

Lieutenant Tilley was a valued member of the Hanover County Sheriff’s Office family and our community. We have lost one of our finest, and he will be greatly missed by all who had the honor of knowing him. Please keep the Tilley family in your thoughts and prayers during this difficult time.

For any media representatives that plan to attend, please see the parking map. 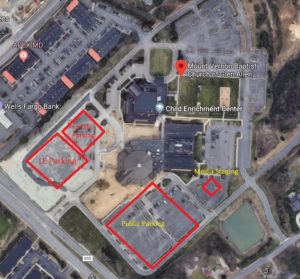 A media staging area has been created. Representatives are welcome to attend the funeral, however no cameras will be allowed inside the facility during the service at the request of the family and church.

In lieu of flowers, the Tilley family has requested that donations be made to the HCSO Foundation. Make checks payable to “HCSOF” and mail to the following address:
Hanover County Sheriff’s Office Foundation
c/o Ms. Nancy Scott
PO Box 40
Hanover, VA 23069