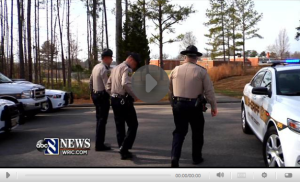 NEW KENT (WRIC) – New Kent County has a population of 20,000, but only 16 full-time patrol officers on the streets.

The New Kent Sheriff’s Office is the primary law enforcement for 221 square miles. But they, along with 48 other sheriff’s departments in the state are under-staffed.

“When you get more calls than you have officers working, the communications center has to determine which call is more important,” says Sheriff F.W. Howard Jr. “Policy dictates that we send two deputies, but sometimes, depending on the situation, it may be only one’s available and we don’t like to do that because it’s an officer safety issue.”

The governor is trying to fix that with $3 million promised over the next two years to hire 62 law enforcement deputies in areas where they’re most needed.

John Jones with the Virginia Sheriff’s Association says financial woes have put strains on many law enforcement offices, but hopes the investment in public safety continues.