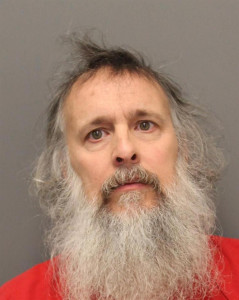 Charles Severance, 53, is suspected in three seemingly random murders in Alexandria, Va., dating back to December 2003.

Charles Severance, 53, is suspected in three seemingly random murders in Alexandria, Va., dating back to December 2003.

A suspected serial killer was indicted in Virginia on Monday for a string of murdersdating back to 2003, prosecutors announced.

Charles Severance, 53, has been held in jail since March, when he was busted in Wheeling, W.Va., on gun charges. But two months later, the bearded ex-con was extradited to Loudoun County, where cops were investigating his role in three Alexandria slayings committed in 2003, 2013 and February of this year.

“This has been a complex and time-consuming investigation that has spanned almost 11 years,” police said in a statement. “The Alexandria Police Department would like to thank the (FBI), the Virginia State Police and area law enforcement agencies for their assistance.”

Severance will not face the death penalty, the Alexandria Commonwealth Attorney’s Office announced, but instead life in prison if convicted on the three murder charges and seven other offenses.

Investigators found that the bullet that killed Ruthanne Lodato, 59 – who was shot when she opened the door of her Alexandria home Feb. 6 – was likely fired by the same gun that killed a local transportation officer last year and the wife of a sheriff ten years ago, police said Thursday.

A break in the case came when a caregiver at Lodato’s house managed to survive the attack and describe the gunman as an older, balding man with a beard.

Ron Kirby was killed at his home in November 2013, while Nancy Dunning was gunned down at her home in 2003.

“We’ve been waiting for this day for a long time,” Police Chief Earl Cook said at a news conference Monday. “I am confident that the suspect Charles Severance is the suspect that we have been looking for for almost 11 years.”

A tip led cops to Severance, who fled Virginia after being contacted by investigators in March, the Washington Post reported. The suspected serial killer was known in Alexandria as a bizarre Civil War enthusiast prone to conspiracy theories. He also ran for the city’s mayorship in 2000 and, in an unrelated incident, reportedly tried to climb a fence in March at the Russian Embassy in Washington to “request asylum,” the Washington Post reported.

“While nothing can bring her back, I hope that today’s indictment is the beginning of a process that will offer our family and the other affected families some small amount of closure,” Nancy Dunning’s daughter, Liz Dunning, said at the news conference.