“One in four teens has experienced cyberbullying, according to the latest research, and one in six teens admits to cyberbullying others,” said Sheriff Brown. “Many studies point to a strong link between bullying and suicide. Parents, teachers, and students need to recognize the dangers of bullying and learn how to help students who are most at risk.”

“The Virginia Sheriff’s Association commends Sheriff Brown on his leadership and for pulling together the team to make this training available to combat cyberbullying,” said Executive Director John Jones. “As a result, the Virginia Sheriffs’ Institute has slated a cyberbullying presentation at its spring training conference in Roanoke.”

“Cyberbullying: Our Children, Our Problem,” a 30-to-45-minute interactive training program, serves as a resource for parents, teens, educators and law enforcement. This training addresses ways to cope with and respond to cyberbullying, including effective strategies for empathy, communication, conflict resolution and incident reporting.

About the National White Collar Crime Center (NW3C)
Funded for over thirty years primarily by the Department of Justice (DOJ), the Bureau of Justice Assistance (BJA), NW3C is a leader in the fight against economic and high-tech crime. For more information, please visit www.nw3c.org.

About the Safe Surfin’ Foundation (SSF)
SSF is a leading organization in preventing children from being victimized by Internet predators. Under the direction of Sheriff Mike Brown from the SSF, the Bedford County Sheriff’s Office and the Internet Crimes Against Children Task Force (ICAC), SSF has made its mark by educating parents, teachers, clergy, and children about Internet safety and has helped identify and lock up countless online predators. For more information, please visit www.safesurfin.org. 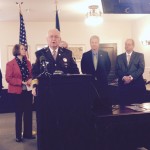 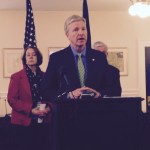 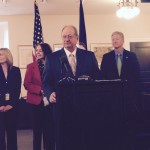 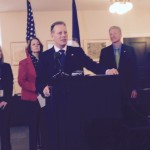