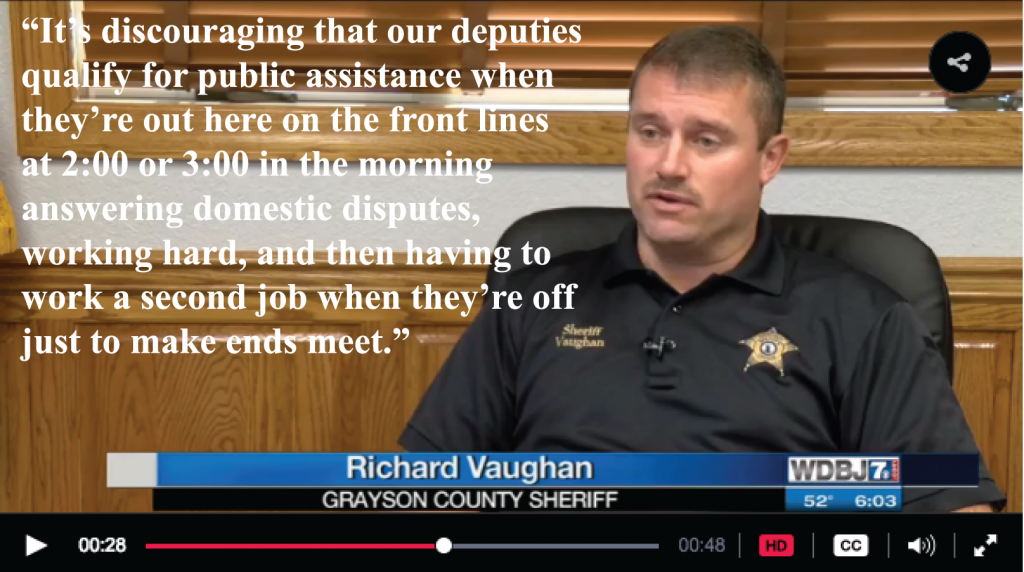 The Virginia Sheriffs’ Association is requesting that the General Assembly and governor address the salary disparity that exists in sheriffs’ offices across the Commonwealth.

In localities that do not supplement local sheriffs’ salaries, a starting deputy sheriff with a family of four and two children qualifies for food stamps. This is shameful and has evolved because the General Assembly approved a budget with pay raises that were eliminated by a revenue trigger. During the prior year, all other state-funded law enforcement offices received a 3% across-the-board raise, compression raises and special raises, depending on what state law enforcement agency is involved.

The turnover of first year deputy sheriffs for all localities (including the localities that supplement) is 21.3% according to the Compensation Board. This leaves many sheriffs’ offices as the de facto training agency for other law enforcement agencies, both local and state. As soon as deputies are hired and trained, they begin the search for a better-paid law enforcement profession.

Here are the facts about what our sheriffs, deputies and staff face every day:

The job of a deputy isn’t getting any easier, but the recognition by those responsible for providing adequate compensation leaves much to be desired.

The Virginia Sheriffs’ Association has placed deputy and staff compensation as its top priority to address the current salary discrepancy that exists in the Commonwealth.